Halloween Is Not Just For Kids

Halloween is just around the corner, but for some teens at Dorman High School, the event may feel more like a distant childhood memory than an exciting holiday. Perhaps if more kids knew about the rumors surrounding the areas where they live, they would not be so quick to dismiss the night as simply a time to eat lots of candy and watch horror flicks. Some may think that most legends happen “somewhere else,” but there are actually many myths that circulate around our state of South Carolina even today. Here are just a couple of them. 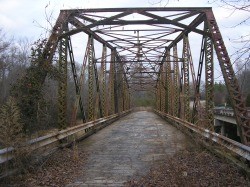 Many a whispered tale about this cursed bridge has sent chills up and down the spines of children on back porches all over South Carolina. After being moved from Charleston to Anderson, the bridge sat for years and accumulated rust onto its iron rails and rumors onto its name. Some locals say that a woman and her baby perished in a car crash on that bridge. Others claim that, during the time of the Civil War, the wife of a fallen soldier lost her mind and threw her own baby over the bridge. Regardless, the common themes of the stories warn travellers against visiting the bridge at midnight on nights with full moons. Stopping halfway across the bridge and chanting “I killed your baby” or “cry baby cry” will supposedly summon a faint infant cry or perhaps the panicked call of the mother. Some even claim to have heard the purr of an automobile motor. You can choose whether to doubt or believe the accounts of the Anderson locals, but just take caution that your car never breaks down on this particular bridge on Halloween night.

The Legend of Julia Legare 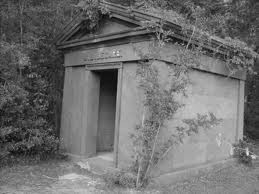 It was the mid-1800’s and young Julia Legare was ecstatic to visit family in Edisto Beach. Her youthful heart pitter-pattered with excitement to see her loved ones, but unfortunately not for long. A mysterious illness befell Julia, causing her to go unconscious. A worried family gathered around her small frame, hoping for her small eyelids to flutter open. However, the sick girl never awoke and her pulse slowed, then stopped. With no choice but to pronounce their child dead, Julia’s parents buried her in the family mausoleum. Fifteen years passed as the mourning Legare family nursed their emotional wounds. One day, after the passing of another family member, the grave was reopened to admit another tenant. With terror catching in their throats, the family realized their fatal mistake. Julia’s skeleton lay in a pile by the door instead of where they had been put to rest. She was not truly dead as they had thought, but in a coma so deep that her pulse had slowed to an unrecognizable speed. Legend has it that in order to ensure that no other Legare would be suffocated alive as she had been, Julia’s ghost guards the doorway, preventing any attempt to reseal the doorway to her premature grave.

These two stories are just some of the many examples of Halloween legends or myths that originated in South Carolina. The close proximity of these unfortunate (and unsettling) events may cause some Carolinians to feel apprehensive, but Dorman sophomore Erin Young refuses to be fooled. After reading about “Cry Baby Bridge” and “The Legend of Julia Legare,” Erin said “Honestly, my perspective doesn’t change because the stories are myths… it doesn’t make the stories creepier now that I know they occurred close to where I live.” The more superstitious locals of our state may disagree with Erin, though. For some, the tales passed on through the generations are as inarguable as if they had been set in stone. However, no matter which side is correct, it’s impossible to deny the spine-chilling effect of these stories on all ages.