Narrating Into the Woods: Thomas Cunningham

Many of us Cavaliers find ourselves with timorous voices during public speaking, while Thomas Cuningham, who is a junior, has accomplished it twenty-four times. That is not including the multiple times he has had to do one show in front of different audiences.

One of those times were right here at Dorman High School in the auditorium. On the days of September 2nd, 3rd, and 4th, Cunningham starred as the Narrator in the Dorman production of Into the Woods the Musical.

“I really enjoyed the show because it combines excitement and comedy to create a great story,” Cunningham mentioned.

If you had seen one of the performance of Into the Woods, maybe you’d consider auditioning of a Dorman show. Cunningham shared how great friendships and funny, unforgettable memories were made. For instance, one of Cunnungham’s friends, Jacob Groestsch, fifth grader at Westview Elementary, dropped his microphone in the toilet during one of the rehearsals.

Even though Cunningham considers Jacob’s accident as on of the most hilarious things that happened, the humorous things that happened were not his favorite parts. Overall, Cunningham’s favorite part of having a role in Into the Woods was seeing everyone get into character with the many different costumes. Also, since Into the Woods is a musical, he had a favorite song, which was “Giants in the Sky”, sung by Groestch, who played another main character, Jack.

“I’m glad I was given the opportunity to work with a great cast and an amazing crew to produce a really fun show,” Cunningham concludes. 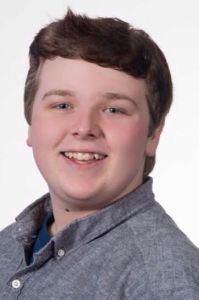